The Fine Arts Building in Chicago (410 North Michigan Avenue) was originally built in 1884-85 as the Studebaker wagon and carriage sales and service building.  According to Ralph Fletcher Seymour in his autobiography Some Went This Way – “Farmers were accustomed to buy their farm wagons on Wabash Avenue and not on Michigan.  They refused to walk a couple of extra blocks just to look at the Studebaker line and the building became a white elephant.”

Seymour goes on to explain how the Fine Arts Building became a center for the arts:

“The city was full of more or less idle artists, left a little deflated with the conclusion of the first Chicago World’s Fair, and a promoter, Mr. Charles C. Curtiss, secured the building and was given permission to remodel it into a home for the Arts.  As a primary qualification, (perhaps just a trifle heartless,) for admission as a tenant he required a high moral and financial standard, and still another, (desirable but not essential) a reasonably high aesthetic ability.  Having admitted them, he brow-beat them into compliance with his standards. Nevertheless, about all the artists with enough financial strength to pay the rent gathered there.  Musicians and workers in the allied arts filled the lower floors.  Two or three theaters, book lovers and literary clubs, rare book dealers, art dealers, dramatic and dancing schools and semi-public institutions took space.  Some of Bernard Shaw’s plays had their first American presentation in this building.  Transients connected with all of these activities frequented its galleries and rooms.” 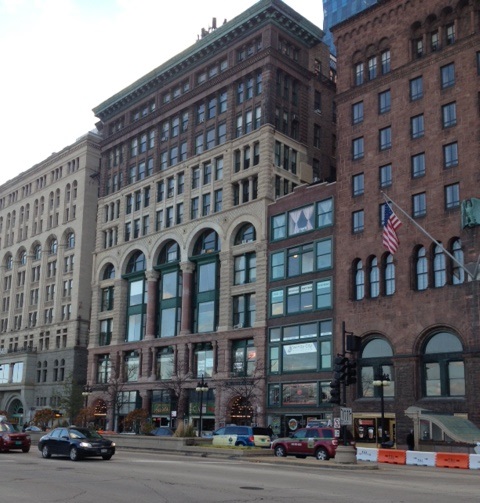 The Fine Arts Building in 2015.  It was converted into an 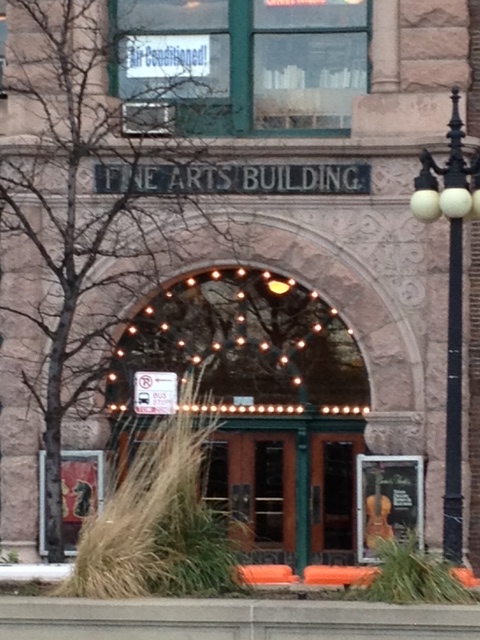 the building.  Tenants today are very similar to those

that first occupied the building in the early 1900’s.

“The top floor was reserved for painters.  Visitors reached it by means of the slow moving elevators that faced a series of mural paintings done by distinguished tenants.  These may be seen there today (1945), realistic, Victorian; a precious relic of the best that could then be produced.” 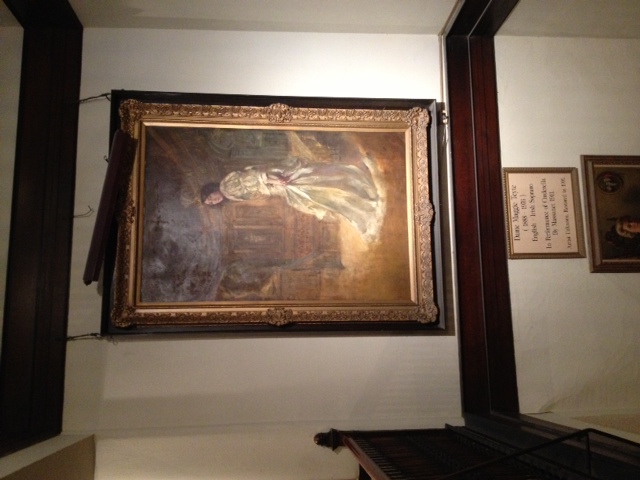 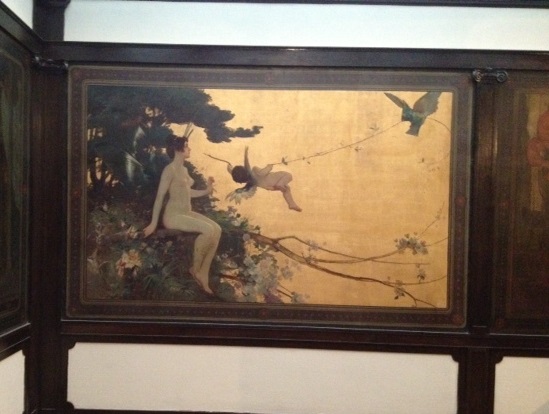 Original artwork in the stair wells created by the buildings

As it turned out Ralph Fletcher Seymour sub-let his studio in the Fine Arts Building from Lorado Taft.  Seymour was a well-known publisher of fine books and an artist in his own right.  He was one of the original members of the Chicago Society of Etchers and was involved with the group for over 30 years.  He was an excellent etcher and his works are in many museums including the Smithsonian.   His etching “A Paris Wine Shop” was selected as the Presentation Print of the Chicago Society of Etchers in 1935. 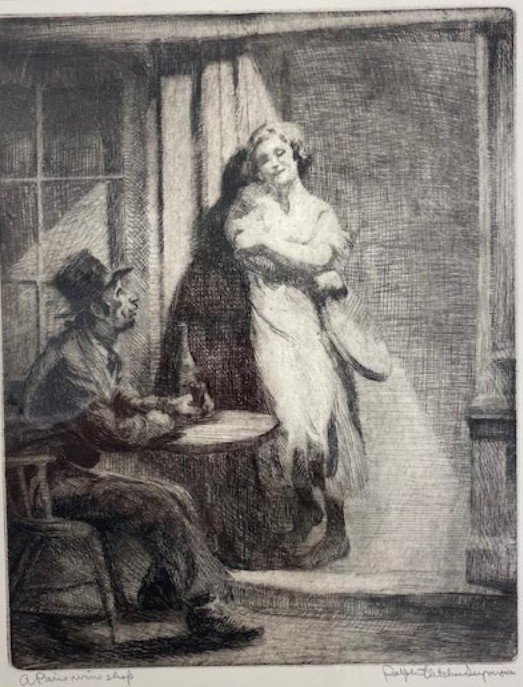 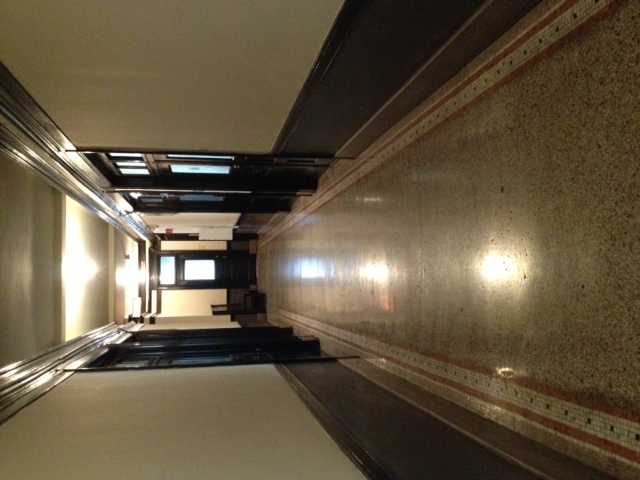 Hallway in the top floor of the Fine Arts Building.  Ralph

Fletcher Seymour’s office is at the end of the hall.

Lorado Taft’s studio is on the left.  Frank Lloyd Wrights

studio is on the right.

The Fine Arts Building was the center of the lively Chicago art community in the early 20th Century.  Not only was the building filled with some of the finest artists in the city, it was also a place where many of the other prominent citizens of Chicago met.  In Charles Rosenthal’s autobiography he says that one afternoon he was delivering printed etchings to Ralph Fletcher Seymour.  When he entered the Seymour office, he was introduced to Jane Addams – founder of Hull House – and the well-known attorney Clarence Darrow.  Apparently, they were in Seymour’s office for a casual visit.

Entering the Fine Arts Building today is like going back to the early 1900’s.  There are the same slow elevators, the same paintings, and the same decor.  You hear musicians practicing and see people on their way to dance classes.   There is the same eclectic array of shops selling artist supplies, books and finished art.  The owners of the building welcome visitors and one does not feel out of place wandering the halls.  The building is just two blocks from the Chicago Art Institute and well worth the time to visit.